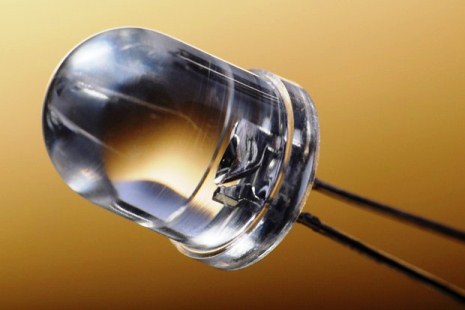 The article below is truly interesting and indirectly supports current SEG R&D taking place at the Searl Magnetics lab based in the USA.

It all goes to prove what Prof. John Searl has been saying all along about the SEG concept! The SEG also consists of layered materials to achieve such effects for it is in fact designed to emit photons or more exactly bosons in the form of electron pairs; resulting halo around it. The SEG makes for a type solid state diode device with it four material layer and the boson emissions also have photon characteristics.

So now we have independent news confirmation that proves out the concept of reducing environmental temperature with electrical currents that make for over 100% efficiency. This is what Prof. Searl always claimed with his past observations of the SEG and it is well documented by his organization both with online  web sites and in his many book references.

This effectively answers and even trumps those that try insist that the SEG would surely violate the 2nd Law of thermodynamics (for the would be detractors of alternative energy, the 2nd Law is really their last hideout as well as for those who refuse to face the facts about what is possible).

Of course, we’ve always known the SEG concept is an open system by its very design involving an energy cycle with the environment and therefore can NOT violate any of the laws of thermodynamics; enlightenment comes with understanding.

The SEG also follows the same principles of the cooling effect with electrical currents and the process of energy conversion that makes for ultra-efficient electrical power.

It all goes to show that SMI Corporation is on the right track with its redevelopment project as can be seen at: Searl Magnetics, Inc

Here is the article or follow the link below:

The LED produces 69 pico watts of light using 30 pico watts of power, giving it an efficiency of 230 percent. That means it operates above “unity efficiency” — putting it into a category normally occupied by perpetual motion machines.

However, while MIT’s diode puts out more than twice as much energy in photons as it’s fed in electrons, it doesn’t violate the conservation of energy because it appears to draw in heat energy from its surroundings instead. When it gets more than 100 percent electrically-efficient, it begins to cool down, stealing energy from its environment to convert into more photons.

In slightly more detail, the researchers chose an LED with a small band gap, and applied smaller and smaller voltages. Every time the voltage was halved, the electrical power was reduced by a factor of four, but the light power emitted only dropped by a factor of two. The extra energy came instead from lattice vibrations. The scientists involved have detailed their discovery in a paper published in Physical Review Letters, saying: “Experiments directly confirm for the first time that this behavior continues beyond the conventional limit of unity electrical-to-optical power conversion efficiency.”

69 pico watts of light, of course, is a very small amount — so you’re not likely to be able to read in bed with one of these LEDs. However, it could have applications in low-power electronics, acting as a thermodynamic heat engine but with fast electrical control.

Ultra-efficient LED puts out more power than is pumped in; click here for the science article